Hello everyone and welcome to the 7th Minescape content update of season 7! I would like to start by saying happy new year to everyone reading this! The past year has been really good for the world of Minescape and we plan to make this one even better!

We'd like to remind everyone that we have a live sale on our store at store.gameslabs.net . The sale will be ending at the end on January 7th, 2023.

New year - new event! We're starting this year with a 1-week long event (ending on 01:00 GMT+1, 2023 January 8th). The event is simple - celebrate the start of the year with a firework show from your cosmetics /profile in Minescape and be rewarded with a Yellow Partyhat!

The hard-working Construction workers have worked hard and after celebrating their holidays building, they have fully finished building 2 new areas in Minescape: Shilo Village and Tai Bwo Wannai. They have also terraformed various smaller areas around Karamja to look more natively and appeal to adventurers!

These new areas come with a slayer master, general stores, a bar, and more!

But that's not it - for a low one-time fee of 500k GP, Murcaily will allow players to use his woods - a new woodcutting, firemaking, and fletching area for various adventurers!

And finally, we have added a cart system to reach Shilo Village with ease! You can now pay 200GP to go to Shilo Village from Brimhaven.

*(extra note: With the release of metal dragons, we have changed dragonfire from dealing damage based on dragons ranged level to magic. Due to some internal issues, a part of the code that changed non-metal dragons magic levels got lost and they were dealing damage as if they had level 1 magic instead of the correct level. This issue was noticed and hotfixed).

That's all for the seventh update of the seventh season.
Make sure to join our Discord if you haven't already! 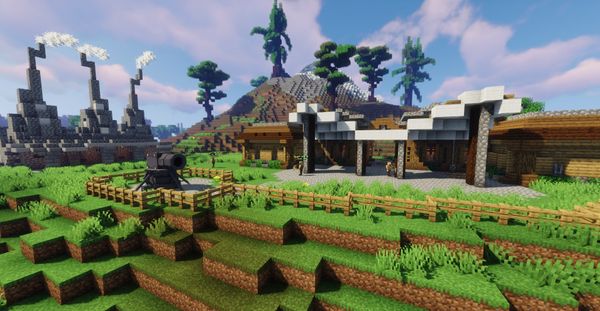 Minescape Season 7 update 8 - Dwarf multicannon, 1.19.3 and more!Hello everyone and welcome to the 8th Minescape content update of season 7! This update brings you a new quest, a new city, map fixes in various areas, supported versions change, changes to the chat system, and more! Version upgradeWe've been working hard in the background upgrading our framework and all of our games for the past couple of months, and we're glad to announce, that with 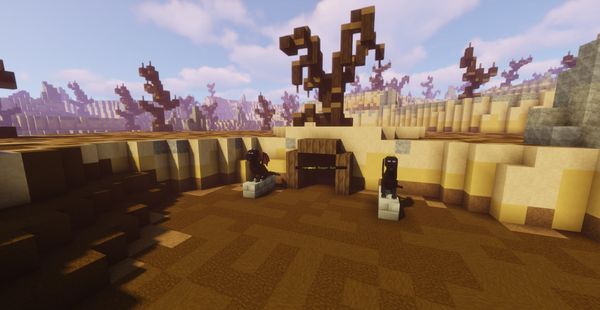 Hello everyone and welcome to the 6th Minescape content update of season 7! This small update brings you a new slayer dungeon, winter sale, winter event store in the lobby, new monsters, build progress, various bug fixes & QoL changes, implementations of player suggestions, and more! Winter holidays saleWe want to start this update by wishing everyone Happy winter holidays and the upcoming new year and with that - we're launching a big sale on our online store. GamesLabs Lobby