Welcome to our first patch of season 4! We have many fixes & tweaks as well as some exciting new content! There is also an active poll for future content: TzHaar City & The Fight Caves in discord!
Let's start these patch notes with some of our major feature additions!

With the release of the Fremennik isles, we are introducing a quest to become a real Fremennik!  Undergo the Trials with various townsfolk in Rellekka to complete the quest and gain access to Neitiznot, Jatizso & future content!
Completing this quest will grant you the ability to travel to the Fremennik Isles.

Something fishy is happening to Lumbridge Catacombs... Will you be able to help Xenia and free a prisoner from a terrible fate?!

Mrs Claus has a task for you! Talk to her at any major cities to start this quest. Completing this quest grants you the Frozen cosmetic title!

We have also added a reward from the Winter Agility Cracker. Open this cracker to receive a Santa's Hat (basic variant) cosmetic override.

A new Slayer Dungeon has come to life in Lumbridge! Talk to Spria in Lumbridge's catacombs.

This dungeon can be used until the player reaches level 15 in the slayer skill.

With the addition of bedrock, we have addressed an already present concern. Agility is difficult for some PC users, and especially bedrock users! We have added a new Lumbridge Easy Course! Only one jump is present, and it's to return to the starting point.
The old Lumbridge course has been renamed to "Lumbridge Course Hard".

An additional, higher level no-jump course with a quest requirement will be added at some point soon(tm!)

Starting this patch, a new type of cosmetic has been introduced! These cosmetics will be applicable for all weapon types as well as armor and are cross-account, they can also be applied for free at any time once owned at a transmog NPC! Our designers are hard at work creating league-themed rewards for the end of season points shop! You will be able to unlock one time only league cosmetics that match the theme of that league, and they will not be available ever again!

We have added the Brine Sabre! You can find these new Brine rats in the Brine Cave. Take a shovel and dig your way through the cave. Brine rats drop the new weapon: The Brine Sabre!
The brine sabre is a one hander with a fast hitting speed. It's using the heavy strength formula meaning higher strength will be more effective with this weapon.
Unlocked at level 50, it does 73 base damage and is BiS with high strength.

Finally, a better battlestaff (increased base damage)! The Aberrant Spectres have been introduced and are located in the Slayer Tower and will drop the battlestaff!
The lava battlestaff provides free fire and earth runes for combat spells.

We have added Sainclair's mansion that will soon be the home of a new incoming quest!
Here are some beautiful screenshots of this new mansion.

We have revamped Jatizso's mine. Here are some pictures of the new mine.

If you fail to catch a fish, you will now re-cast your fishing tool automatically! We received a lot of feedback about this, and believe bringing back fishing as the "I'm doing homework/in classes" activity for everyone is the correct decision. While anchovy pizzas will still provide a slight xp/hr increase, we will be watching them closely to determine if they will need a buff as a result of this change!

You will notice several new additions to the Minescape overall User Interface!

Your active prayers now appear on-top of your screen. Combine that with your prayer scepter and you should be ready to use prayer efficiently!

We have revamped the interface of our dialogue system. Talking to an NPC will now pause your chat and open a chat box.
Below is an example of the new dialogue box.

Punching/Clicking an entity will continue the dialogue if there's only one option available for you to click.

Finally! They're finally back! Damage indicators. We have visually re-worked our damage indicators and fixed the several issues that made us disable them. There are three different visuals: red for normal hits, blue for misses, and orange for criticals.
This provides a better overall immersion with it comes to combat and seeing other players fight.

We heard you! You can now see your active buffs by pressing tab!
The tab list now contains several lines listing your various buffers.

This update comes with a complete rework of the way we handle inventories internally. This fixes several issues such as ghost-items and items simply vanishing from your inventory under rare circumstances (e.g. holding an item on cursor and teleporting).

You may now press Shift + Click on a helmet to equip it into your empty helmet slot! This is an issue that has long been needed to be addressed for Kalphite Queen and PvP situations. We will still be looking at improving PvP overall in future updates!

If you fall to Cyclops, your gravestone will now spawn outside of the Warrior's Guild! This should prevent players from having to re-grind for tokens without their gear while the timer ticks down.

This update also comes with various tweaks and fixes.

The skilling capes have been buffed. They now provide a 5% prayer buffer and 20 base defence instead of 9.

We have removed the attack level cap in hit-chance computation for players. We had previously removed that entirely to make bosses a bit easier to dodge.

After watching several clue streams, we decided to make beginner and easy clues a tad easier. We have fixed their maximum length and made hot and cold easier. They now give a 10 block distance if in a 100 blocks radius and a 1 block precision if you're very close to the digging location.

We have increased the overall thieving rates, bringing them back to how they were pre Season 4 update.

We have fixed the effect of tuna potatoes. They now provide 10% faster speed in gathering skills.

The season 4 update accidentally removed the Dagonhai drops from the Evil Chicken. We have added these back.

Ah, the lobby...
The place where some AFK-ers like to spend their time, blocking new player's visions.
AFK players in the lobby will now be teleported to the graveyard!

Last but not least, here is the exhausitve list of the different bug fixes and tweaks we have applied between Season 4 and Season 4 patch 1:

• Frosty's model has been corrected
• Turael received a new skin
• Beginner clue scrolls have been adjusted to have a maximum of 3 steps
• Thieving showing "You found nothing in their pockets" at an extremely high rate has been resolved
• The mouse cursor should no longer reset its position on MMB craft or non-combat magic skills like alchemy or enchanting
• Cooldown on using beacons with a clue scroll has been increased to 15 seconds to prevent misclick resets
• Dagon Hai top & bottom re-added to the Evil Chicken drop table
• Added right-clicking backpack and pouches in inventory to open them
• Cooking should now function properly with right click
• Low level mobs around lumbridge have had their damage reduced - we will continue to monitor early game as additional balance changes are needed
• Tuna potatoes will now function with fishing, increasing speed by 10%
• Bedrock Edition Ultimate Ironmen should now be able to note & unnote items at the bank
• Salads now consume the intended 1 instead of 2 charges on some monster kills
• Tweaked the RDT and hit rates. Made flowers and similar items not broadcast
• Tweaked several mobs' drop tables (Small nerfs and buffs, nothing major)
• Doubled the amount of slayer points and agility tickets you earn in Leagues
• You can now link your mc bedrock to your java account (it will keep your java stats). Join the same lobby and click on both accounts to initiate the linking process
• Fixed a small withdrawal issue on bedrock for high amounts
• Added agility armor to the skilling guide
• Removed double salad use on mob kills
• RoW now degrades to dust on empty charges
• Fixed a major bedrock inventory management issue
• Removed skeletal wyverns from the slayer tower master
• Increase drop rate of clue pouch in leagues
• Changed magic's cape description to include the /runes command
• Added /debug to see combat debugging messages (./debug true whilst toggling it to see advanced event steps)
• Adjusted the combat pipeline, and did a small magic nerf to some mobs (mob damage not player damage) + 20% dragonfire nerf (mob damage)
• Fixed arrow consumption bug on tutorial island
• Fixed dragonfire not going through magic protect against the creature (rip hardcores)
• Added start items to the tutorial island (skipping it will give you these start items)
• Performances increase
• Tweaked the tutorial island quest chat to remove the confusion
• Fixed a glitch with the in-game map and construction islands

Big thanks to the entire team that brought this update to life. And big thanks to the testing team!
That's it for this patch! Thank you all very much for your continued support, we look forward to hearing your feedback & suggestions of this patch's content. See you next time!
Make sure to join our Discord to stay up to date with our updates! 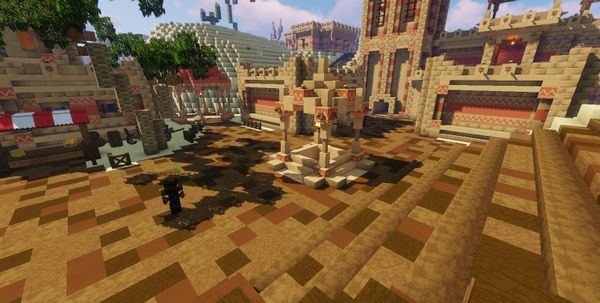 Minescape Season 4 Patch 2Foreword Before we start the patch notes we would like to apoligize as a team on the lack of recent content updates. We had a lot of content planned, but recent personal issues affecting team members slowed down our progress. We have also spent some time working behind the scenes on some new projects to give more traction to the network as a whole.This update contains several bug fixes, balance tweaks, quality of life improvements 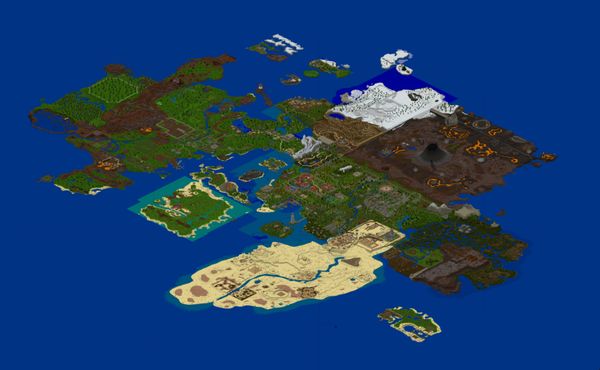 Minescape Season 4 updateThe time has come for a new chapter in the story of the network. Minescape was first released in 2012. Back then servers were unable to send resourcepacks and our goal was to create a very simple RPG with some Runescape aspects. The game, at the time, wasn't even running on a map shaped as Gielinor (Runescape's map). It took us a few months to convince Podcrash, creators of our initial Minescape/Gielinor map, to work with