Before we start the patch notes we would like to apoligize as a team on the lack of recent content updates. We had a lot of content planned, but recent personal issues affecting team members slowed down our progress. We have also spent some time working behind the scenes on some new projects to give more traction to the network as a whole.

The farming cape change has been reverted. It now reduces the time required to farm flowers.

The ring of wealth can no longer be recharged at the fountain of runes. Once it breaks, you will need to forge a new one!

This second patch of this season also comes with various QoL improvements.

We have made the Wilderness Volcano Beacon parkour a proper Agility course. This means that you can use the /cp (shortcut) command if you fall down.

We have removed the constant basement entry cost. It is now a one time payment only!

An icon is now shown on the mobs' drop tables to indicate which drops are thievable. These drops also appears in the thieving skill interface.

Reaching level 110 and 120 will now be broadcasted globally (instead of locally).

We have added a new fishing shop in Catherby. This was long due!

The Pollnivneach Slayer Dungeon has been opened! Catolax is waiting for you and is ready to give you new slayer tasks.

Lord Sinclair was killed! Will you be able to find the culprit? Investigate the crime scene in Sinclair's Mansion!

A few weeks, or months, ago, we opened a new Discord Channel for you to post quests following our questing dialoque system. We have implemented the Blacksmith Quest sent in that channel for you to enjoy!
It is a great beginner quest!
(N.B. The old blacksmith quest and the Xmas quests have been removed)

We've added various cosmetics to the global shop and some in the Minescape shop! Here is the list of the newly added cosmetics:

We have added a new Agility Course taking place in Draynor! This agility course is relatively easy and award players 400 XP upon completion.

Skulgrimen is now welcoming Real Fremenniks to his shop!
You will be able to purchase the Archer, Berserker, Farseer and Warrior helms!

The Fremennik blade, shield and helms can be looted by killing Fremennik guards.

Whilst you cannot obtain the Neitiznot Helm yet, it has been registered and you may check its stats in the item listing!

The Minescape builders have been busy working on East Ardougne. The city is not finished yet, but you may explore its new buildings.

And last but not least, the bug fixes! Here is the list of the main bugs we have fixed:

That's it for this patch.
We want to apologize once again for the delay between this update and our last one. But as you already know, this project is only the begining of something bigger. Stay tuned for some news about the network in general and incoming new Minescape short-lived modes.
Minescape Leagues will end at the end of the months. Rewards will be released soon after. We may release an off-season leagues whilst we prepare for the next one!
Join our Discord for more information! Minescape Leagues Leaderboard was frozen on June 1st. Whilst the rewards of the current season have yet to be delivered, here are our four different leaderboards, for each sub-gamemode. 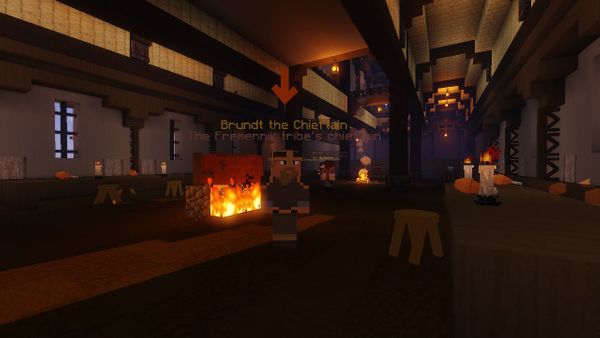 Welcome to our first patch of season 4! We have many fixes & tweaks as well as some exciting new content! There is also an active poll for future content: TzHaar City & The Fight Caves in discord! Let's start these patch notes with some of our major feature additions! Major Feature AdditionsSeveral months ago, in May 2020, we revamped our questing system to allow us to create better looking and engaging quests. For example, this allowed us to release