Many of you have waited a long time for an update on what's happening in the background of GamesLabs network and we are ready to tell you, that we are actively working on a major upgrade to our game systems (mainly making already efficient minigames and expansion of the network a lot more efficient), bringing back bedrock support, working on few future big updates of Minescape and other games on the network.

Minescape is one of our flagship project and will always be. We've been slowing down our updates a bit on Minescape due to different reasons, mainly being the size of our team that has drastically been reduced. Though, as always, we are finding ways to expand the network itself. One of the plans we've had for years is slowly being implemented. It's something that's really interesting on both a technical and gameplay level. We always try to push the limits/boundaries of Minecraft and the project we're working on will, once again, do that. This project will be used for most of our new incomings games: minigames, player made games, and tournaments (e.g. our cod zombies will most likely be running on it, our current minigames, Castle Wars, and a new "game" we have yet to tease that kinda changes the way you see a game, at least that's our vision for it...)
- Scipio3000, taken from GamesLabs Network Discord

And now it's time to announce the network updates!

After a lot of delay, extra work on small details we are finally ready to give out the Minescape leagues s1 rewards! To receive the rewards applicable to you - simply log into the server and the rewards will be on the way to you (this process might take maximum of 4 days after the update is released).
NOTE: If you have placed 1-3 and want to claim your custom cosmetic, please open up a support ticket in our discord server.

After a long fight between players, Minescape leagues season 2 is coming to an end, but it is not over yet! For the last 2 weeks of MS Leagues s2 we are bringing a further boost to various parts of the game to bring players in a final competitive fight for the top places. This update should also encourage players that are yet to experience Leagues to try the game out before the season is locked.

Sumona has been very thankful to all the brave players that are helping her with defeating various bosses around the world of Minescape, but she was never able to offer anything in return. That has been changed and now she is able to offer you some unique rewards in exchange for boss slayer points:

A new quest has been added to the world of Minescape - X marks the spot. This is a beginner tier quest that will reward players with 1 quest point, 200 coins and a beginner clue casket.

We've reviewed some of the current agility courses available in Minescape and noticed a couple of things that were due to change:

Changes to other courses:

We've worked on implementing some of the player suggestions, fixing bugs and adding other QoL changes.

If you are interested in joining our team, please apply on our website at the following link: https://www.gameslabs.net/apply/
We look forward to reviewing your applications!

That's all for our fourth content patch of Season 5.
Make sure to join our Discord if you haven't already! 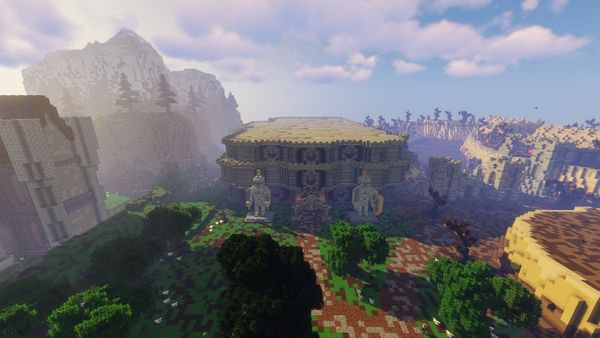 Minescape Season 5 Patch 5Welcome everyone to the fifth content patch of Season 5! This small patch contains some bug fixes, leagues season 2 finish and couple of QoL changes. Leagues S2 endingThe time has come! With this update, Minescape Leagues season 2 has been locked. This means that you are still able to enjoy the season (with end-of-season boosts), but you  will no longer be able to get any points or compete for leaderboard positions. Rewards for this season 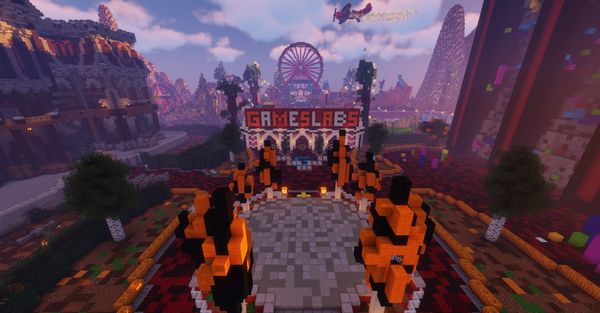 Season 5 Patch 3Welcome everyone to the third content patch of Season 5! This patch focuses on bug fixes, new quest and slayer task assignmentrework. Slayer task assignment reworkSlayer monsters have been grouped by their monster category. From now on you will be assigned tasks using monster categories rather than specific monsters. This means that if a slayer master asks you to kill hobgoblins, killing low level or high level hobgoblins, or even regular goblins will count for your slayer