When the weekly updates slow down - we don't, meaning just one thing: Minescape Season 6 is now officially out!

Welcome to the 6th season of Minescape and the GamesLabs network! This season starts off with some long-awaited QoL changes, player suggestion implementations, new Minescape & network wide content and more!

This season we are working on the network's expansion and that means that you will soon see new games coming to the network. We've been working hard on some framework improvements and are ready to slowly implement new games. Runetale is one of them and should launch by the end of this month.

Before we start with the change list, we'd like to thank the entire GamesLabs team for working hard to make sure we can bring updates to our players, who also deserve much gratitude for being patient and for making this update possible. Thank you!

The construction workers have finished their work in the city and are leaving to help with construction elsewhere. This small pirate town is filled with beer, rum and various fun activities, some of which are coming in an later update this season.

This town comes with various utilities and activities for the players -  a runes thieving stall, a bar, pirates and more activities that will be introduced very soon!

Brimhaven also comes with a lodestone and a house portal that are both used often by a new Brimhaven inhabitant - this NPC will note your raw fish for you.

Finally, Brimhaven and Musa Point have also been inhabited by a new type of tree - Jungle Tree! These trees are special as they have strong roots and are palm based, meaning they will never fall and give you palm logs.

Farewell construction workers... You will not be missed...

This season starts off with 2 new quests in the world of Minescape:

These quests will fill a small bit of missing lore; giving players the opportunity to explore some unexplored regions and new places of the world of Minescape: H.A.M. hideout, Alice's house in Morytania and more; whilst allowing us to bring even more quests in the near future.

Have you ever felt like Babanza or any other RNG gods have not been in your favor? Well, that should no longer be a problem as we're introducing a new type of global booster - RNG booster.

RNG booster is an in-game luck based activity booster giving you 20% increased luck in various places:

And many more! This booster and other global boosters can now also be purchased using the /boosters command in-game, meaning not having to walk to a vendor. This update also removed the 1 minute cooldown on global boosters as they can now be activated anywhere in the world.

With the update, we're also introducing a new feature - global booster stacking! This means that if player A activates DXP & RNG boosters for 15 minutes, player B can add another 15 minutes or more to the existing booster timers.

Finally, /xp command (and it's aliases) were removed as the accurate timers can be seen in TAB.

As with most updates, this one also brings more life to various regions of Minescape

Have you ever wanted to show your friends how much you've achieved, how many monsters you've slayed, but those simple numbers in monster drop table don't say much? Well, it's time for a change!

These tokens currently have no use as we're still working on finishing small details to make sure these pets can look the best for you, but the next Minecape patch will bring a store where you will be able to exchange your tokens for Minescape only cosmetic pets. The price in tokens will depend on your in-game rank (having a higher rank will mean you have to use less tokens to unlock a cosmetic pet).

Just ask - we'll work on it! We are introducing some old and some newly made, highly upvoted player suggestions to the network:

Quality of Life is really important part of Minescape, so with every update we try to introduce some changes that make the gameplay better for all of us:

Just like any other update, this one brings some bug fixes:

That's all for our Season 6 release.
Make sure to join our Discord if you haven't already! 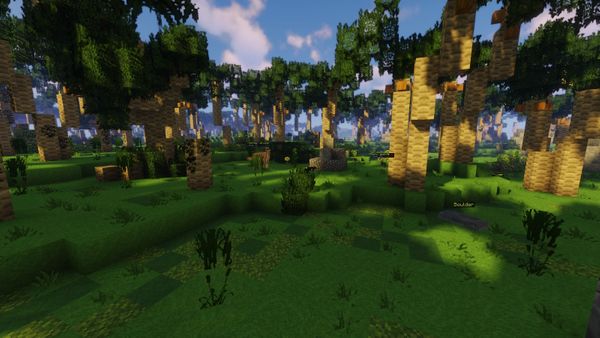 Minescape Season 6 Update 1Hello everyone and welcome to the 1st update of season 6! Hundreds of cups of coffee have been drunk, countless meetings, discussions and working sessions have passed and we have finally managed to reach our update goals: we've developed an entire new animation system for our entities, we've re-written a big part of our core code, updated base/recommended Minecraft (java edition) version to 1.17.1, improved API, server and resourcepack load times, fixed outstanding 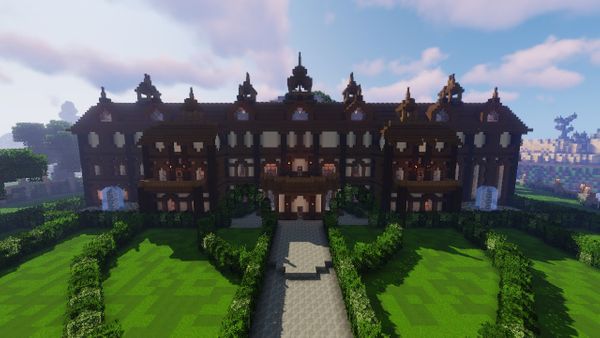 Welcome to our sixth Dev-Log! It's been a while since last dev log was released (over 2 years!) and today we're finally ready to release some information on what's been going on with GamesLabs development progress on Minescape Leagues. Minescape Leagues is one of our competition based minigames available on the network. The game has already had 2 successful seasons with lots of feedback from the community. Both of the seasons showed us, that to make it more successful and